Craig here again. It’s a challenge to write these tips and tricks every time, because so many of the items are debatable. I hate to take a hard line stance, but I do for the sake of the comments that trickle in during the week. The topic today is branding. 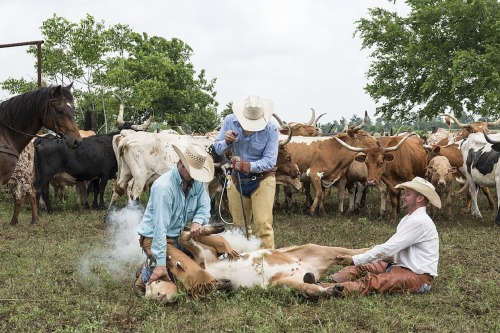 Not that kind of branding. The kind where authors promote products. As you appear across cyberspace, what kind of recognizable materials do you use so the masses will recognize you? Chances are, you’ll have a blog, the popular social media accounts, and possibly a newsletter. What kind of branding do you use to tell people this is some of your work?

You will also make guest appearances on blogs, maybe blog talk radio, the occasional video of some kind. While these post are all different, your branding is what sews them all together as you – the author.

My first suggestion is to create one of those internet calling cards. The one I use is called a Gravitar. This is what posts when you like someone else’s article. This blog will have a row of them indicating who liked the post today. (God, I hope I get some.) In many cases, they also post when you leave a comment. Story Empire is set up this way.

These calling cards tell me who is interacting with our content. They also tell other readers. People like interaction, and I’ve gained many blog followers because I left a comment somewhere. I’ve also been known to click on the Gravitar and see if there may be some content out there I need in my regular feed.

I started off in the wrong direction. This is the first Gravitar image I ever used. There’s nothing wrong with it at all, but it didn’t do enough for me. Your mileage may vary, but once I decided that I am the brand, I changed my Gravitar. Now it’s an image of me, in a way.

About this same time, I started using a different banner image on my own blog. With my limited artistic skills, I’ve modified it over the past year to keep the blog fresh. The basic image is the same though. The island and the Moai never change, but I add things to freshen it up. 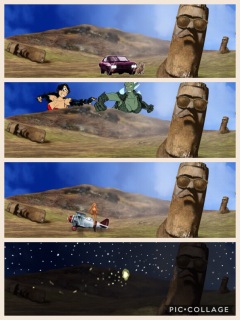 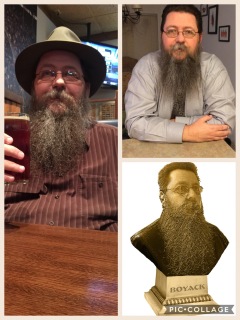 I may have screwed up when using an author photo. It’s probably better to pick one good image and use it consistently. I use three, but they’re all me.

If you look at my branding as a whole it gives a sense of whimsy, and that’s what I want. I like to include a bit of fun in my stories, even those that get pretty gritty.

In keeping with a bit of whimsy, I also promote using my original character, Lisa the robot girl. You met Lisa Burton in my last post with her whiteboard. My fans have taken to Lisa in a big way, so she gives me a different avenue to present my product.

This isn’t as easy as normal branding, and took me years to develop. Lisa has a spot on my blog called Lisa Burton Radio. She interviews the characters from other books (Maybe your book, just saying.) , and the author gets to provide a few purchase links and social media contacts. This has become a good spot and I get email from guests saying it helped them move copies of their books.

I also tend to weave my stuff together into a complex net. I have an image of Lisa with my Romanesque bust to use on my Facebook page. It gives a bit of familiarity. (oh yeah, that guy.) I will use characters from my novels in short stories. I’ve even woven my blog into the mix.

As an example, I included a Lisa Burton short story in my first Experimental Notebook. Then I included a section I called Intermission. Smack in the middle of the book, I wrote what amounts to a blog post introducing myself to the audience. Remember, it’s a collection of short fiction. You might not want to try this in a novel. Of course the books include links to my blog and other social media accounts.

I met L. Loren during one of Lisa’s interviews. I like the way she did her branding. She gave me permission to share it here. The image, the colors, and even her covers are consistent, and that’s what it’s all about.

One of the things L. Loren did was to allow room for growth. Her cartoon girl, the color scheme, even the fonts allow her to keep writing in her chosen genre, even after she works through The WanderLynn Experience. She could write another “LoveRotica” series with different characters, and still use the branding.

This brings me to series, and a bit of controversy. I see authors with a series or even single book Twitter account, maybe a Facebook page. Some of them are beautiful, but they pose some problems too.

First of all, a blog about a specific series doesn’t lend itself to anything else. While I’ve seen it done, hosting guest authors is a tougher sale. How much do you have to say about a single series? If that’s all you are going to post about, why should I follow that Twitter account? Those sites automatically have a shelf life, even if you don’t think about it today.

It also poses the question of how much you want to maintain. Do you really want a site and all the social media accounts for every series, stand alone book, or pen name you use? I don’t. The passwords alone would be maddening.

One of the secrets to content is to keep it fresh. Are you going to regularly update these sites, even after the last book publishes? Really? Do you promise?

This is the part where I have to lay down some rules. Feel free to debate them with me in the comments section, because nothing in writing is carved in stone. 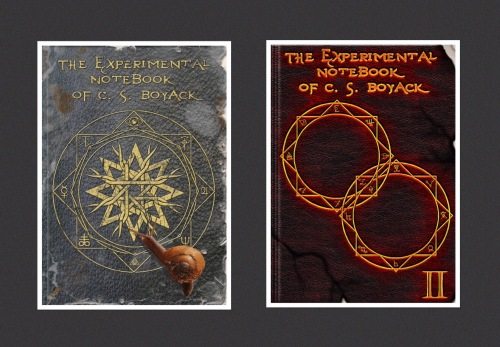 These are covers of my Experimental Notebooks. You can bet when I put out a third one, it will have three alchemy wheels, and probably will have an old worn out look to it.

Overall branding should involve you. Consider your own photo, and how you might get your individual voice across.

Branding should involve colors, graphics, fonts, and more – with an idea of consistency. Don’t forget relevance too. Black and pink tend to send different messages.

Branding involves thinking ahead. Will your series consist of three or ten volumes? Does that 90s glamour shot really do you justice today?

Don’t be afraid to give yourself a makeover. If you’ve given something a shot, don’t feel like it’s ’till death do you part. If you redo the whole thing, troop it all out en mass. Branding is largely about consistency. Tony the Tiger has been selling Frosted Flakes for over 60 years. On the other hand, Met-Life fired Snoopy, but they’re still around.

Look at other branding. You might learn something from Captain Crunch, the NFL, or the ATT girl. What about the Kardashians? They’ve managed to hold onto the spotlight for a long time, and even if you hate them, you know who they are.

You’re better off to have some branding, even if you don’t go crazy with it. Lots of branding lends itself to expansion later on. Lisa the robot girl didn’t start off with her own radio show, regular appearances on my blog, and guest appearances to promote my stories. She started out as the main character in a novel I was promoting. Keep your mind open to new ideas.

So what are your opinions on branding? Am I off my rocker? (Let’s limit that to branding, shall we.) Do you have another take on the idea? I’d love to learn more in the comments.