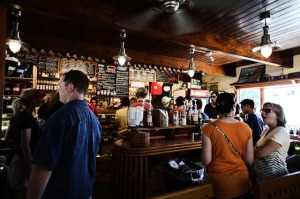 Hello SE Readers. This post is going to sound like I’m rambling but bear with me. I do have a purpose for it, and it does relate to writing.

This past Saturday was a work free day in the Hall household. The weather was cloudy, a bit chilly, and a light drizzle fell. What better time to go to the movies?

And that’s what we did, followed by a late lunch/early dinner at Texas Roadhouse. I thought arriving there in the middle of the afternoon wouldn’t necessitate having to wait for a table, but apparently other people had the same idea.

My husband gave our name, and we sat down for what turned out to be a relatively short time. The first thing I did was grab my phone and proceed to continue reading a short story I had begun earlier. And yes, I read on my phone if I don’t have my Kindle with me.

Other people talked among themselves while waiting. Some children were a bit restless. A few people were texting. An elderly lady waited with her family. She appeared to be the most relaxed and patient person of all. Think we could take a lesson from her?

When the device buzzed announcing our table was ready, we walked to the hostess stand. The young woman who seated us acted too shy to say anything but merely nodded for us to follow.

After she seated us and a waiter came to take our drink and appetizer order, I glanced over the menu and then proceeded to indulge in one of my favorite past times. People watching.

A couple and their three children were vacating a corner booth. A group of six women and two small children sat down opposite us. My husband made a comment about a hen party which translated means, “I hope they don’t get too loud.”

After a while, I glanced over and saw two of the women smiling and taking a selfie. Personally, I’ve never figured out the popularity of such photos, but then again, I don’t like having my picture taken.

Another group of men and women came in and sat at the previously vacated corner booth. It didn’t take me long to spot the ringleader—a middle-aged woman who had a permanent crease between her eyebrows. When a man whom I assumed was her husband attempted to sit next to her, she was quick to tell him to sit on the end because “Anna” was going to sit by her. Yes, it was easy to see who wears the pants in that family.

So, what does this have to do with writing? Both character and story ideas. Need a woman character who is pushy and loudmouth? Think about the woman seated in the corner. Want a scene in which a few young women are out for a “girl’s night out?” Observe the ones seated across from us.

A few years ago, I wrote a flash fiction story based on something I saw at our local Chili’s. It was a Friday night in early January. I observed a young man seated at a booth near the front. After a while, a couple came in who looked to be the right age for his parents.

They greeted him almost casually, and the woman halfway tossed a gift bag at him saying, “Here’s your Christmas present.” My imagination kicked into high gear, thinking of the possibilities.

Another time I was on an airplane bound for Tucson, Arizona. Before we took off from DFW, I knew the life history of the woman seated in the row behind me. Got a short story out of that encounter also.

I think observing people is one of the best ways to make our characters seem real. Look at how people react in certain situations. Listen to their words. Pay close attention to dialogue. Observe their facial expressions and mannerisms. How are they dressed? Do they have any habits such as cracking their knuckles or drumming the fingers on a table?

It’s amazing what we can come up with by being observant. By the way, in my WIP I’m using a conversation I overheard at the gym one day as well as an observation I made while sitting in a parking lot waiting for jury duty.

Ideas are out there. We just have to be observant.