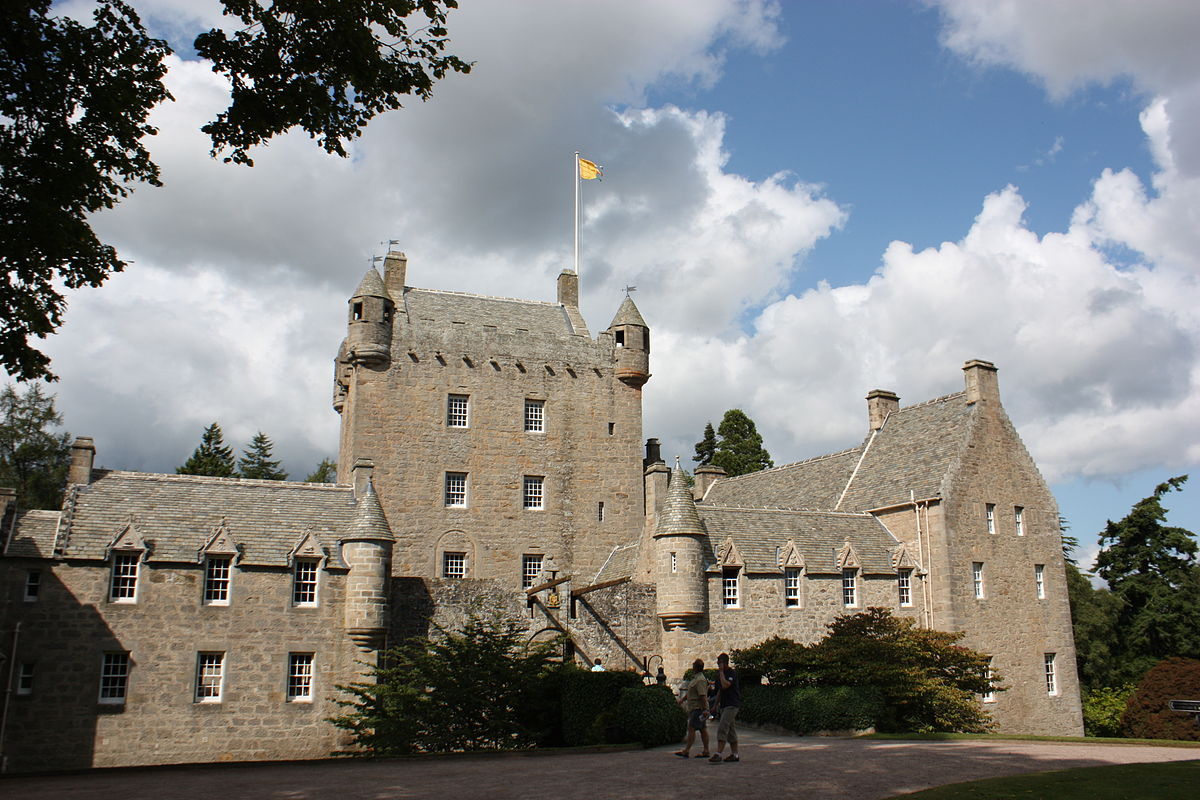 Cawdor Castle was the setting of Macbeth – image from Lecardinal & shown through creative commons license.

There’s an age-old idiom which we still use today and which goes something like this: “You cannot see the forest for the trees.” The meaning for most of us is plain; we tend to be too close to a problem to actually grasp the scope of it. Shakespeare played on this saying somewhat in Macbeth with Birnham Woods where the forest is seen moving but the detail of enemy actions cannot be discerned so that Macbeth is at a loss to make effective decisions.

The saying is very apt for a writer. Perhaps an even more apt comparison would be that of going snow-blind to your own writing. We need to create distance and I do this for myself by converting my various draft versions to .epub to read them. But this distance is still not enough so I turn to a few readers for developmental feedback. Finding flaws overwhelms a writer’s perspective without other sets of eyes, critical eyes to be specific, on the work to ferret these from the background where they hide.

I became serious about my writing about five years ago and, since that time, employed a few different kinds of feedback. Additionally, over that time my skin has gotten thicker regarding such feedback so that I can better use the helpful criticism to improve my writing. There are several kinds of feedback which an author will receive or should seek out. Reviews are the most common, but are the reactions to your hard work after publication. Every author should develop some sort of thick-skin toward reviews and be able to sift through those which are helpful and those which aren’t.

Promotional image of The Man Who Invented Christmas.

However the developmental forms of criticism are the ones that you should seek out while you’re crafting a book. For instance, it is portrayed in the recent movie, The Man Who Invented Christmas, that Charles Dickens sought out some readers for their reaction. It was humorous to see that the reactions he got most often involved avoiding Tiny Tim’s death and provide Scrooge a chance at redemption. I don’t want to spoil the movie any further but it was very illustrative to me as a writer.

There are various ways to approach developmental criticism. You can join a critique group in which you will participate in providing versions of your work for other writers to critique while receiving there’s to provide a critique of your own. These groups of writers are normally formed around similar genres, such as science fiction and fantasy, mystery, and others. I have not taken part in critique groups due to time constraints. Because of my lack of time, I seek out different kinds of critical developmental reviews. These include alpha readers, beta readers and paid editorial services.

Each one of these types of feedback taught me a great deal more about writing and how to approach the entirety of constructing a book. Sometimes it’s easy to put together a book such as when I wrote The White Arrow. At other times when you’re working from scratch it will be a much longer process, one which I’m going through with several books right now.

With this development in mind, I’ve turned to several readers for some developmental feedback. Normally you would use alpha readers for the beginning stages of a book so that they can give feedback about which aspects of a book works and those that don’t (Dickens is a good example from above). For instance, with The Bow of Destiny my daughter read the opening five chapters or so and told me that the book needed something like a dog. This led to the character, Spark, which is a dog will that only the main character can see. The character actually became a rather popular one and also helped develop some of the subplot around the main character of Athson.

Beta readers tend to read and review your book much further along when you are closer to publication. These are the readers who are going to provide much of the final feedback which will help you smooth out your book. I haven’t always gotten to spend a lot of time with beta readers but I’ve had a few over the last five years who have been very valuable in helping me see any problems that I’ve missed.

The other form of developmental review that I do employ consistently is the use of an editor. A good, professional editor will see many of your big problems and point them out so that your “snow blindness” will be cleared. My own editor has been very helpful in getting me to see the proverbial forest clearly as well as getting down to the individual trees within my own books.

Here’s a good example of how I’m currently employing some critical review of my work. I’m currently editing a book code-named “Mage” and I’m at a point where I do need more sets of eyes to provide feedback. I’ve turned to a number of people including a couple of authors here at Story Empire. This is where my thick-skin as a writer comes into play, but then, I’m also approaching writers who will give me solid observation so I’m asking for solid criticism – I need it!

“Mage” is actually in several points of development so I’m getting alpha and beta feedback at the moment. Depending on what happens with the manuscript over the next several months, it will be edited by a publisher or my own editor. Either way, it will receive several rounds of developmental feedback until it is ready for release. Over that time, I’ll begin to see the forest and the trees as the appropriate criticism continues. Near the point of the book release, I’ll work to employ advance release reviews to launch the book.

This week, the beginning of “Mage” is being read by Craig and Staci and their feedback will be instrumental to thoroughly develop the beginning. However, this feedback will also set the tone for the rest of the book as I work through the various stages of editing. Perhaps we can share more of how these processes work in the future, but I’ve already gotten very insightful feedback which helps direct my efforts. It’s invaluable assistance and one that we try to use in our little group depending on our schedules. I was happy to help Craig by serving as a late beta reader for his recent book, The Hat. Likewise, though I was a little late, I’ve also been an early release reader for Mae’s Cusp of Night.

The importance of feedback at various points of writing and editing cannot be emphasized enough. Developing relationships for this feedback is extremely valuable for every author. Charles Dickens needed it for A Christmas Carol (which was self-published) so we all need it too. If you are just starting out, the tendency is to avoid feedback because you lack confidence but if you will seek out truthful help and understand that feedback is helpful, then you will progress well and learn to handle real criticism with a sense of professionalism.

How have you gotten developmental feedback for your work? Have you ever been part of a critique group? Have you learned to received honest feedback? Thanks for reading today. Please leave your answers and thoughts in the comments section and I’ll get back to you as soon as I can.