Hi, Gang. Craig here, at least first. This is one of those months with an extra Friday, and that means a group post. I thought it would be fun for the six of us to talk about our Questing Beast.

What does that mean in author terms? We all try different things as writers, and I’m probably the worst. I’ve messed around with all the various tenses, different story lengths, and even different speculative fiction genres. I think it makes me a better writer. The Questing Beast is that one thing you always wanted to try, but haven’t yet. 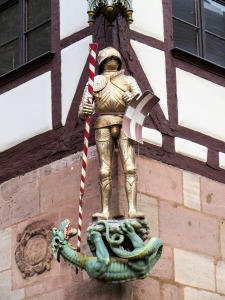 There is one I’ve never written to a degree that really excites me. My Questing Beast is epistolary style. This is a story that’s revealed in large part from old documents, photographs, and items. Think about someone liquidating their father’s estate, and reading old papers, maybe love letters, etc. These are usually best when the present story and the past story converge. The reader has to solve a past mystery based upon the evidence along with the main character.

I’ve dabbled in the form of one short story in my Second Experimental Notebook, but never dived deep enough to write a novel this way. I’ll do it one day, but it would take a better outline than I currently use to make everything come together the right way.

Being an author is a personal growth issue for me. One day I’ll be ready to face my Questing Beast head on. What’s your Questing Beast? Let us hear from you in the comments. 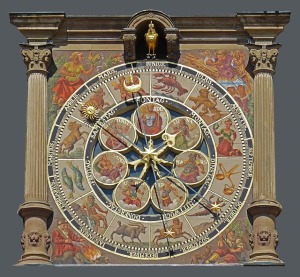 Ciao, SEers. Staci here. Craig came up with this post idea, and I think it’s an awesome one. It’s also thrown me for a loop. I have a ton of story ideas—probably enough for several lifetimes, and more come daily—but I never stopped to think about a “type” of story I’d like to try.

My novels are pretty consistent, but in short stories, I’ve experimented with a bunch of stuff. I’ve written in first, second, and third person. I’ve written deep POV and omniscient. Present and past tense. Children’s, YA, adult. Multiple genres… suspense, thriller, mystery, romance, paranormal, speculative, fantasy. If something strikes me, I try it.

If I had to pick something I haven’t tried but would like to, I guess maybe this would be it. For the most part, I’ve never written anything historical. Not deeply historical, anyway. I have a story (which I love) that went back to the early 1900s and another that took place during the building of the Golden Gate Bridge. I have a story set in Frontier times and one in Puritan times. But all my novels are contemporary. I’ve avoided historicals because I worry about doing the period justice. I think it would be difficult to get the language and clothing and mannerisms right.

But I can think of some really good historical stories to tell. And if I could align those plots with modern ones, that would be really cool. 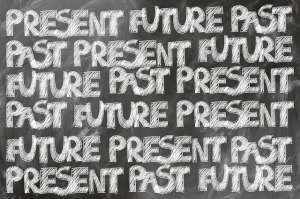 Hi, SE Readers. Joan here. When Craig came up with the Questing Beast idea, I didn’t have a clue as to what I would say.

My favorite genre to write is mystery and suspense. I’ve written a couple of mainstream family-type stories and delved a bit into the sci-fi world with a time travel story. Romance seems to weave its way into most of my books, but I don’t have the desire to write strictly romance.

I prefer to write in third person, past tense. After giving Craig’s idea some thought, I decided my Questing Beast would be to write a story in first person, present tense.

Writing in first person wouldn’t be that difficult. I’ve done that on a few occasions, although all my published works are written in third person. For me, the near impossible part would be to write in present tense.

Consider this sentence from a flash fiction piece I wrote for my blog a few months ago:

I felt his presence before I ever saw him—that old familiar feeling of always knowing when he was nearby had returned.

To rewrite in present tense, I would have to say something like this:

I feel his presence even though I can’t see him. The old familiar feeling of always knowing when he is nearby has returned.

Easy to do with a couple of sentences, but I can’t fathom writing an entire story in present tense. And a book? I can see the beast coming to devour me right now!

Hello, SE friends. Mae here, trotting out my Questing Beast. I too was a bit flummoxed on what I could offer for Craig’s challenge. Throughout my life as a writer, I’ve written novels, short stories, and poetry. I’ve dabbled in multiple genres including western, sci-fi, epic fantasy, horror, inspirational, YA, and of course, romance and mystery/suspense. I’ve written a first person novel (which will never see the light of day) and I’ve played around with omniscient POV. Originally, I intended my answer to be that I would like to attempt a story in true omniscient form.

Until I saw Staci’s answer.

I include a lot of historical elements in my books, and my new Hode’s Hill series has complete chapters set in historical timelines, but I’ve never written a true historical for fear I couldn’t do it justice. Many years ago, I had it in my head to write a fictional account detailing the life of Elizabeth (Libbie) Bacon Custer. I even started making notes for it, but that’s as far as I got.

If I tackled a historical today, I’m not sure I would stick with Libbie, but there are so many people from history and so many timelines that speak to me, it’s something I would love to try.

If I could only find the time. 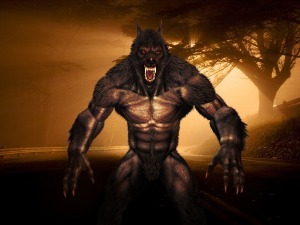 Hello SErs, Harmony here. Well, it seems I’m not on my own when I say that Craig’s Questing Beast idea flummoxed me initially … in fact–confession time–I had to ask what the heck was a Questing Beast! (Showing my ignorance, which has now been corrected a tiny bit, lol.)

After I had a think about it, I realised that being multi-genre, I’ve covered a lot already, and I’ve written in multiple-POVs and tenses. I wrote The Glade with multiple timelines, eventually merging the two into current time near the end.

The one thing I haven’t yet done that I would like to try sometime is to write a full-length novel backwards. You know,  much like the movie Memento. It started at the end and then, in segmented time jumps/rewinds, ended at the beginning.

I don’t know if I could pull it off, but it has given me something to think about. Unlike the film, though, I wouldn’t have two sequences running together–one in chronological order and one backward, as I think that would be a little too complicated–both to write and to read.

Mmm, I can hear that beast growling at me from under the bed now. I’d better get brave quick! 🙂

PH weighing-in on the subject. I must admit this topic was a bit of a head-scratcher to me when Craig first suggested it, but on further thought it’s right up my alley. A questing critter fits my fantasy fiction tastes. 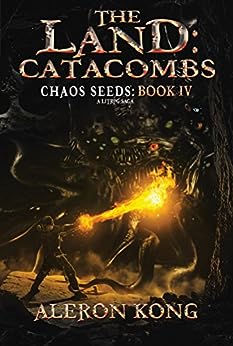 My Questing Beast these days would be writing LitRPG. For those not familiar with this sub-genre of speculative fiction it’s short for literary role-playing-game where the book is a fictional work about a character either in a world that works like a role-playing-game or they are are pulled into it. The Land series is one topping the charts, written by “The Father of LitRPG”, Aleron Kong. The cover of book 4 is referenced on the left and that’s quite a beast and I sometimes feel I’m questing against something like it by stepping into this new sub-genre.

These books have stormed the top sellers in the speculative fiction genres with a growing readership over the last few years. It requires writing more than just a plot, instead working in gaming elements into the story where characters must strategize as part of the plot. Quests and beasts are all part of the genre as well as exploring dungeons, gaining treasure and leveling with experience gained. With these elements, there are a number of charts included in the book to indicate how strong a player becomes, how strong other characters (and beasts) are as well as details about a quest.

I’ve started two different LitRPG books in hopes of building a series. Mine will be a little different where the characters are already part of a game world for different reasons. As such, the gaming part isn’t as tied-in as much as the character development is important. But the gaming will still be a very important part. I’m currently working on one rough draft and my other attempt is slated for an initial edit in September. Along the way, I must develop the stories with more of the charts about character specs and quest details. Overall, writing it is a lot of fun and I say, “Bring it on, questing beast!”

What’s your questing beast? What challenges would you like to tackle as a writer?If you’re a reader what types of writing we mentioned sound intriguing? Thanks for joining us today as Story Empire goes questing! Feel free to leave your thoughts in the comments and we’ll reply as soon as we can.