Hi, SEers! It’s another Mae Day on Story Empire.  I’m going to stray a bit from the usual path to talk about…writing. Confused? Then let me explain. I’m going to show my age by revealing that when I went to grade school we had penmanship classes.

I remember sitting at my desk in fourth grade and practicing penmanship loops. I also remember teachers of the time being insistent handwriting must have a forward slant. That was bad news for me, because although I’m right-handed, I wrote with a distinctive backward slant. So every class, the teacher would yank out her ruler and crack my hands. Stupid, right? Did it change things?

Eventually, after a few years, I did lose most of that backward slant but never did learn how to write with a forward slant. These days when I use cursive writing—which unless I’m signing my name—is non-existent, I write straight up and down. No slant whatsoever. If I’m really tired or being lazy, the backward slant reasserts itself from habit. Somewhere in junior high school I switched to printing and never looked back. Now I regret that. The whole point of this post is that cursive appears to be going the way of the dinosaurs.

Recently, a co-worker and I had a discussion in which she told me she’d left written instructions for her daughter regarding a school project. Her eighteen-year-old daughter. The daughter later texted to say she had no idea what the instructions said because she couldn’t read them. They were written in cursive.

Now I might not write in longhand script, but I still know how to, and I certainly know how to read it. I find it mindboggling that someone would find cursive equivalent to reading a foreign language. Yes, teaching is done with iPads, assignments are completed online, and even my “day job” is in an industry that utilizes digital signatures with ever increasing frequency. But are we coming to a point when people will no longer know how to sign their name? Will we revert to make your mark when a “true” signature is required? Or will handwritten signatures also become a thing of the past?

I mourned the loss of Avon Precious Doe perfume bottles, L’eggs nylons in plastic eggs, S&H Green Stamps, Necco Wafers and Woolwarths 5 & 10, but I’m not ready to accept the passing of a handwritten signature.

Am I the only one appalled an eighteen-year-old couldn’t read cursive? Think of all the old documents written in longhand that younger generations may never be able to decipher. Historic documents. 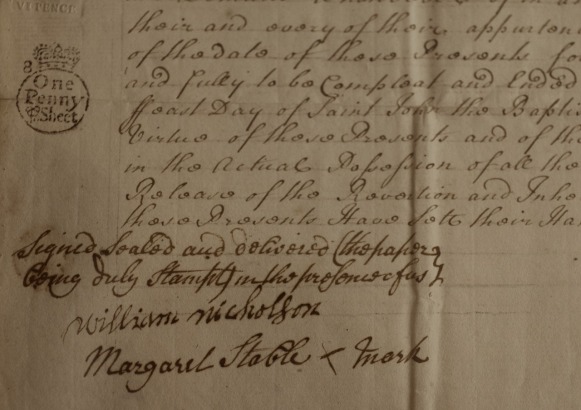 I never thought I would become nostalgic for a form of writing that was so problematic for me, but I suddenly want to play with longhand again.

How about you? Is cursive passing into history? I’d love to get your thoughts in the comments. Ready, set, go!