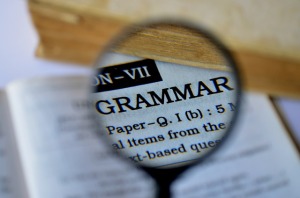 Hey, SE Readers. Joan here today. I’ve known of some writers who refuse to use any time of spell check or grammar aid when writing. I’m not ashamed to admit I need all the help I can get.

While these tools are not a substitute for proofreading, they can help detect things such as using the wrong spelling of words. Some examples are there vs. their, its vs. it’s, or two vs. too. Many have settings that allow you to catch passive voice, incomplete sentences, repeated words. You can accept or reject the suggestions.

I’ve used Grammarly for a while. There is a free version and also a paid subscription. I have no affiliation and am not recommending the product. I only mention it for this post. Grammarly catches my use of tautologies. I’ve learned it hates the word “own” when used in a certain context.

“I’m closer to Nell than my own mother.”

“I’m getting my own apartment.”

While no set rule says you can’t use a tautology in fiction, a grammar check should cause us to consider how we can better write the sentences. We can easily eliminate the word “own” in the first sentence and not lose the meaning. The second could read, “I’m moving into an apartment.”

In each case, we don’t need to use the word disc, system, number, or code. DVD is a Digital Video Disc, UPC stands for Universal Product Code, etc.

Use of tautologies is commonplace, especially in speech.

I had to laugh when reading the third one. I recall something my brother once said about the sportscaster. “He talks and talks but never says anything, then he says it again.”

Some have successfully used tautologies in literature.

But they are most often heard in everyday language. In the following examples it’s easy to see which words can eliminated without changing the meaning of the sentence.

Writing should be clear and concise. We don’t want to bore our readers with redundancies. Whether you use a spelling or grammar checker or proofread without one, take a few minutes to look at these types of mistakes.

And now I’ll leave you with one that I repeatedly used in my last manuscript—quick glance.