Hello, SE friends! Welcome to the first Mae Day of December. As we transition into a new month and approach the end of the year, I thought it an ideal time to talk about “betwixt moments.” Think of them as transitional periods—those fleeting moments when time hangs suspended before hurtling into change. I’ve always been fascinated by these periods and often find they usher in creative gales. Not sure what I mean? These are some of my favorites betwixt moments.

Twilight
The first tentative rays of dawn
The transition between seasons
The arrival of a storm front
The sliver of time between 11:59 and midnight
New Year’s Eve at midnight
The awe-inspiring cusp of a century. Remember how you felt on New Year’s Eve 1999?

In a few short weeks we’ll be transitioning to 2020.That isn’t just the cusp of a night/day, or even a year, but a decade. Think about it. Goose bumps!

As far back as childhood, I’ve viewed betwixt moments with a sense of wonder. 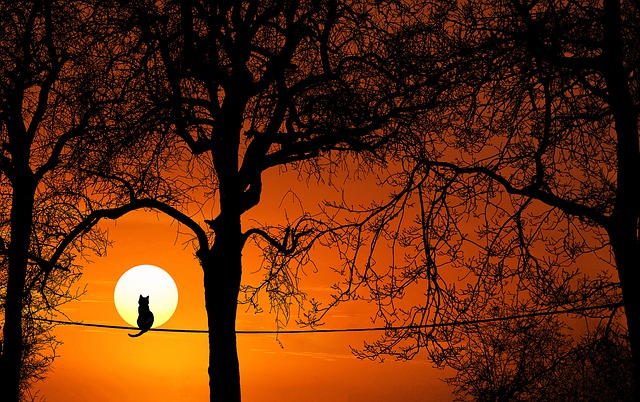 For the most part, I’m a disciplined writer. Over the years I’ve trained myself to sit down and begin story-crafting with minimal effort. Let a transitional element wash over me, and the need for discipline vanishes. Creativity unfurls in its rawest form and my muse spins ideas like shooting stars. I feel connected, acutely aware of the ephemeral passage of time. Creatively awake.

Perhaps that’s why transitional periods resonate so strongly. They transport me back to those days when technique had little to do with writing. When it was all about snagging the tail of a comet and hitching a ride…to a brooding mansion, a magical forest, an underwater labyrinth, a forgotten graveyard. To this day I feel that familiar rush at twilight or when the weather turns warm and windy, the sky a black bowl of storm clouds. The thought of New Year’s Eve is sheer magic, and the sound of a clock striking midnight every bit as enchanting as a fairy spell.

December is a busy month filled with the hustle-bustle of holiday prep and making merry. Devoting time for writing often comes at a premium, a precious commodity we often can’t afford. This December grab a betwixt moment and commune with your muse, even if only briefly. And remember—when the clock strikes midnight on the 31st, magic has happened!

And now it’s your turn. What are the moments that inspire your creativity to blaze out of the ordinary? Are you a fan of betwixt moments? Do they influence your creativity. I’d love to hear your thoughts in the comments.