Hey, SE Readers. Happy Friday. Joan with you today with the second in a two-part series on changing literary styles.

In the first post, I used examples from James Fenimore Cooper’s Last of the Mohicans and Tolkien’s The Hobbit. Today we’ll look at two of my favorite authors. 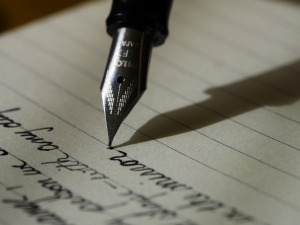 I first read Agatha Christie in high school. Her Hercule Poirot stories are among my favorites, particularly Murder on The Orient Express. She was a master at writing intriguing plots, throwing in enough twists to keep readers guessing until the end.

I recently read, And Then There Were None for the first time. Initially published in 1939, it’s the world’s best-selling mystery, having sold over 100 million copies, and is one of the all time best-selling books among all genres.

As I started to read, I realized how much writing styles have changed.

The driver said, addressing his remarks to Mr. Justice Wargrave as the senior member of the party: “There are two taxis here, sir. One of them must wait till the slow train from Exeter gets in—a matter of five minutes—there’s one gentleman coming by that. Perhaps one of you wouldn’t mind waiting? You’d be more comfortable that way.”

Vera Claythorne, her own secretarial position clear in her mind, spoke at once. “I’ll wait,” she said, “if you will go on?” She looked at the other three, her glance and voice had that slight suggestion of command in it that comes from having occupied a position of authority. She might have been directing which tennis sets the girls were to play in.

Miss Brent said stiffly, “Thank you,” bent her head and entered one of the taxis, the door of which the driver was holding open.

“My name is Lombard, Philip Lombard.”

The porters were piling luggage on the taxi. Inside, Mr. Justice Wargrave said with due legal caution: “Beautiful weather we are having.”

Miss Brent said: “Yes, indeed.” A very distinguished old gentleman, she thought to herself. Quite unlike the usual type of man in seaside guest houses. Evidently Mrs. or Miss Oliver had good connections….

Notice the inconsistent way of punctuation when using the dialogue tag—sometimes with a comma, other times a colon. It’s important to note that the overuse of colons and semi-colons is frowned upon in fiction these days. Too many of them stand out to the reader and pull them away from the story.

Watch for the number of times you use, “he said” or “she said.” Interspersing dialogue beats with dialogue tags keeps the story flowing and also shows action.

I also found it challenging to determine which one was the point of view character. I finally decided it was Miss Brent’s, but I also considered she used third person omniscient. Only the most skilled writer can successfully pull off the use of omniscient POV without appearing to head-hop, but that’s another topic.

Mary Higgins-Clark is just about my all-time favorite author. With fifty-one books, all New York Times bestsellers, she was known as America’s Queen of Suspense.

Late last year, I reread Moonlight Becomes You. Published in 1996, it’s still a favorite of mine. The following is the opening paragraph from the first chapter.

I hate cocktail parties, Maggie thought wryly, wondering why she always felt like an alien when she attended one. Actually I’m being too harsh, she thought. The truth is I hate cocktail parties where the only person I know is my supposed date, and he abandons me the minute we come in the door.

The first thing that struck me was the use of adverbs. There’s nothing wrong with the paragraph, but today an author would be encouraged to show Maggie’s emotion. Have her smirk, roll her eyes, or even tap her foot. Any of these actions would indicate her displeasure over the situation.

I’m not saying you should never use an adverb, but strive to show your readers rather than bore them with unnecessary telling.

As a reader, what’s your take on these passages? As a writer, would you do it differently?