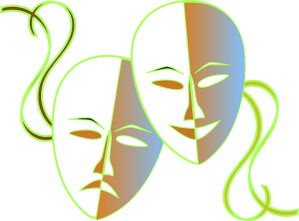 Ciao, SEers. I’ve been walking you through Jill Chamberlain’s Nutshell method. If you’ve missed earlier posts, you can find them here:

Last time, we saw how the set-up want related to the crisis or triumph (depending on whether you were writing an Aristotelean comedy or tragedy, respectively). Today, we’re going to look at those elements more closely.

The Aristotelean Comedy and the Crisis

In an Aristotelean comedy, the protagonist’s trajectory through the story looks like a V. Each problem takes them deeper into the hole. For every victory earned, there’s a bigger setback. Then he or she reaches the crisis. This occurs at the 75% mark of the story and is his or her lowest point. It is the exact opposite of where he or she started at the set-up want.

As the protagonist moved through act two, he or she battled through one problem after another. The decisions made need to inform the crisis, so that by the time we reach that point, it is the protagonist’s fault for being in that situation. This can’t be something that just happens to the protagonist; rather, the crisis needs to occur because of earlier choices (the classic cause and effect trajectory).

The crisis gives the protagonist one last choice to make, though neither is a good one. It’s the classic between-a-rock-and-a-hard-place situation. In an Aristotelean comedy, the crisis leads to the climactic choice, which is where the protagonist turns from his or her flaw and embraces the opposite strength. This is the end of act two, and the character arc ceases to be on a downward path and begins rising.

The Aristotelean Tragedy and the Triumph

In an Aristotelean tragedy, the protagonist’s trajectory through the story has the exact opposite shape as the comedy ( Λ ) . Each situation faced looks like a win, taking them higher and higher on their path. Then he or she reaches what appears to be the ultimate triumph (at the 75% point). It’s the place where the protagonist thinks all is well, then he or she experiences a complete reversal of fortune.

The triumph is the place where the protagonist’s downward spiral begins. When faced with the climactic choice in an Aristotelean tragedy, the protagonist fails to acknowledge or recognize the strength that would defeat his or her flaw, and so he or she is unable to overcome it. This fall from grace also needs to be a direct result of the choices the protagonist made. It can’t just happen from an outside source.

I mentioned a “climactic choice” in this section. Next time, we’ll get into detail about that term. But for right now, I’d love to hear your take on triumphs and crises. Do you have a favorite absolute high point or low point in one of your stories? Or in someone else’s work? Have you ever written an Aristotelean tragedy? (Roughly 95% of stories are comedies.) Let’s talk about it.

38 thoughts on “The Nutshell Crisis and Triumph”